Five years before he became art director at Penguin in 1968, David Pelham was art editor of a British art magazine, Studio International.

“Studio was … one of the most successful fine art periodicals in the English-speaking world. In the post-war years, the magazine was redesigned by David Pelham and its title was changed to Studio International to reflect its increasing overseas influence.”

The David Pelham era was the golden age of Penguin cover design. He raised the overall visual standard of the fiction department through a policy of intelligent and sophisticated cover designs using some of the best illustrators and designers available. As he said, “I always liked a bit of polish.” 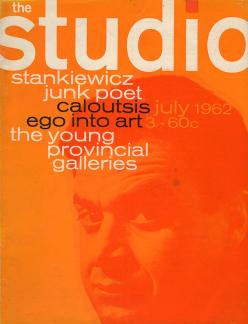 ……………  I bought these copies for $2 each in a dusty secondhand bookshop; my eye was attracted by the modern cover art. Bold colours, simple forms and clean Helvetica type is a classic combination.These copies are from 1962-63 and as you can see, they still seem very contemporary. In contrast, the interior articles look very old – there is nothing so dated as an old art magazine.

Pelham was art editor for Studio International in the early 1960s before moving to Harpers Bazaar and later to Penguin where he reigned until 1980. 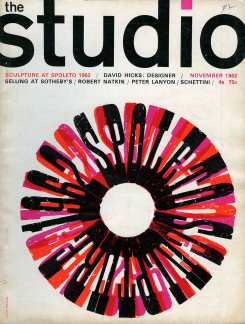 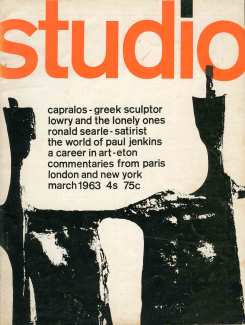 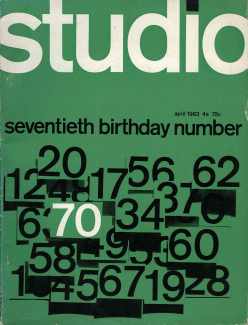